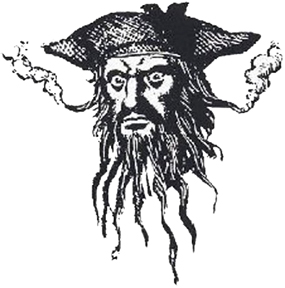 Nautilus Productions' Rick Allen had the great pleasure of chatting with Naturalist David Mizejewski during the National Wildlife Foundation's webcast for Shark Week! The 30 minute webcast is all about a behind the scenes look at the fin-tastic world of filming sharks. WATCH WEBCAST

Has A State Infringed Your Copyright?! 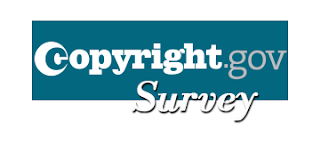 Help us, help Congress, change the law to prevent State infringement of your copyrighted material! The U.S. Copyright Office is undertaking a public study to determine the extent to which copyright owners are experiencing infringement by states without adequate remedies under state law. And we need your input! Comment here - https://www.copyright.gov/policy/state-sovereign-immunity/

USPTO & Copyright Office to Take on Sovereign Immunity in Copyright 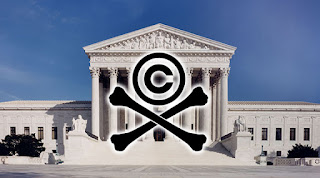 On April 28, 2020, in the wake of the disastrous Supreme Court decision against copyright holders in Allen v. Cooper, Senators Thom Tillis (R) and Patrick Leahy (D) have called for the U.S. Patent and Trademark Office and the U.S. Copyright Office to “advise on the pervasiveness and prevalence of States’ infringements of copyrights.” The letters state that, “The Supreme Court's ruling last month in Allen v. Cooper created a situation in which copyright owners are without remedy if a State infringes their copyright and claims State sovereign immunity under the Eleventh Amendment of the U.S. Constitution.” READ MORE
Posted by Rick Allen at 10:00 AM 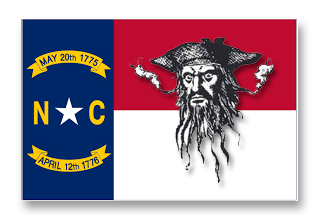 An extensive list of the press coverage surrounding Allen v. Cooper. This lawsuit arises out of the retrieval of Blackbeard’s pirate ship. According to the complaint filed in the case, North Carolina was not content to use Nautilus Productions videography as agreed and began making unauthorized copies, covering up their misconduct and passing and amending legislation to protect their copyright infringements. Defendants in addition to the Governor and the State include employees of the Department of Natural and Cultural Resources, and the Friends of Queen Anne’s Revenge non-profit. PRESS COVERAGE 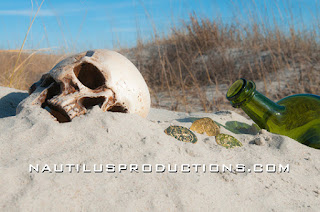 March 23, 2020: The United States Supreme Court, in a unanimous decision, has affirmed a lower court’s ruling that Nautilus Productions cannot pursue its copyright lawsuit against the state of North Carolina. Justice Kagan wrote for the Court that the Court’s 1999 decision in Florida Prepaid Postsecondary Education Expense Board v. College Savings Bank, which invalidated the federal statute that sought to hold States monetarily liable for patent infringement, “all but prewrote” this decision by the Court. In a separate concurrence, Justice Clarence Thomas questioned “whether copyrights are property within the original meaning of the Fourteenth Amendment’s Due Process Clause.”  Justice Breyer, joined by Justice Ginsburg, lamented that “something is amiss” in the Court’s prior precedents, while nonetheless agreeing that they control and therefore concurring in the judgment.

Nautilus, the official videographer of Blackbeard’s pirate ship the Queen Anne’s Revenge, brought suit at the end of 2015 alleging the defendants made illegal copies of Nautilus’s videography, and then persuaded the legislature to pass an extraordinary law - now known as “Blackbeard’s Law” - in an attempt to justify pirating decades of work created by Nautilus.

Nautilus owner, Rick Allen, stated, “Today, under this Supreme Court ruling, writers, software developers, composers, film-makers and other creators, just like me, cannot avail themselves of the protection Congress gave them from copyright infringement by states. We are saddened by the court’s decision. The state of North Carolina routinely and vigorously enforces its own copyrights, yet simultaneously hides behind sovereign immunity when it violates the intellectual property rights of its own citizens. The Constitution and Congress of the United States of America call for a different result.  The Constitution expressly grants copyright holders ‘the exclusive right to their respective writings and discoveries,’ and Congress expressly provided for States to be liable when they infringe those exclusive rights.”

“Going forward Nautilus will be evaluating all of its options.” said Allen.

This lawsuit arises out of the retrieval of Blackbeard’s pirate ship. According to the complaint filed in the case, the defendants were not content to use the videography as agreed and began making unauthorized copies, covering up their misconduct and passing and amending legislation to protect their copyright infringements. Defendants in addition to the Governor and the State include employees of the Department of Natural and Cultural Resources, and the Friends of Queen Anne’s Revenge non-profit. The Friends of Queen Anne’s Revenge dissolved their corporation after the lawsuit was filed and are being defended by their insurance carrier.

Since 1998, Nautilus Productions has been the official video crew for the Blackbeard’s Queen Anne’s Revenge Shipwreck Project. Nautilus Productions has spent almost 20 years diving on the pirate shipwreck in dangerous conditions and documented archaeological activities and the recovery of artifacts from Blackbeard’s infamous shipwreck for the benefit of, and at zero cost to, the taxpayers of North Carolina.

The shipwreck was discovered in 1996 by Intersal Inc., which has filed a separate lawsuit against North Carolina and the Friends of Queen Anne’s Revenge that continues in state business court.
The case is listed with the Supreme Court of the United States as No. 18-877.